When Are IRA Distributions Not Included in a Spouse’s Gross Income? 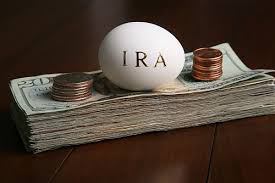 In Private Letter Ruling 201831004 (released Aug. 3, 2018), the Internal Revenue Service ruled that a decedent’s individual retirement account wasn’t an inherited IRA and that his surviving spouse would be treated as the payee of the IRA proceeds because she made a valid rollover of the assets; thus, she didn’t have to include those assets in her gross income.

A husband and wife established a revocable trust consisting entirely of their community property. When the husband died, the wife became the sole trustee of the trust. Also, the husband had an IRA, which listed the trust as the beneficiary. As per the terms of the trust, all of its assets, including the IRA, were allocated to a subtrust, the Survivor’s Trust. The Survivor’s Trust provided that the wife would receive the right to income for her life and as much principal as was needed for her health, support, maintenance, comfort and happiness. She also had the power to distribute any of the trust’s property, including to herself. Through that power, she distributed and transferred the IRA assets to a non-IRA account of the Survivor’s Trust. Within 60 days, those amounts were distributed from the non-IRA account held by the Survivor’s Trust and paid to a rollover IRA, established in the wife’s name.

The wife asked the IRS to rule that:

The IRS granted all of the wife’s requests.

Note, the above exception doesn’t apply to an inherited IRA where the inheritor wasn’t the surviving spouse of the decedent.

In the present case, the wife, as the sole beneficiary of the Survivor’s Trust, was entitled to receive all of its income and principal to which the IRA was allocated. This is because the wife had the right to, and did, in fact, direct the trustee in writing to pay her any such amounts from the Survivor’s Trust, which included directing the assets from the IRA to first be distributed from the IRA and then, within 60 days, rolled over to the rollover IRA (notwithstanding the fact that the assets were held in a non-IRA account before being paid to the rollover IRA). Accordingly, for purposes of applying Section 408(d)(3)(A) to the IRA, the wife is effectively the individual for whose benefit the IRA is maintained. As such, she was entitled to roll over such amounts.